The founder of Academy asked for a full brand strategy for the ambitious startup that would help it stand out in a competitive marketplace and tie it visually to the world of coding.

The website had to appeal to a tech savvy audience and provide a clean, intuitive design for the interface.

New York-based Project Exponential brings together artists, professionals and entrepreneurs on an invitation-only basis to form relationships where meaningful work can flourish. 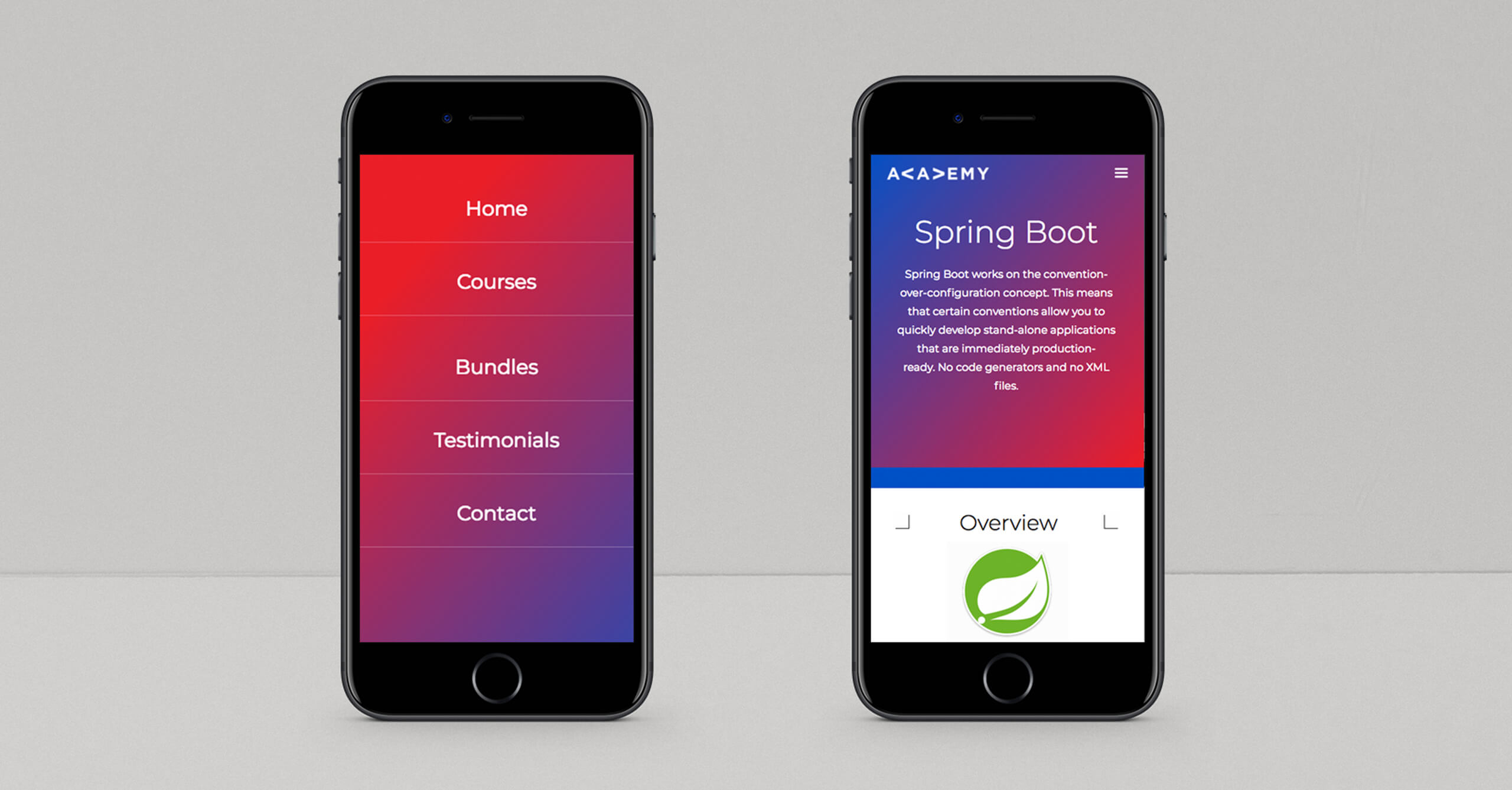 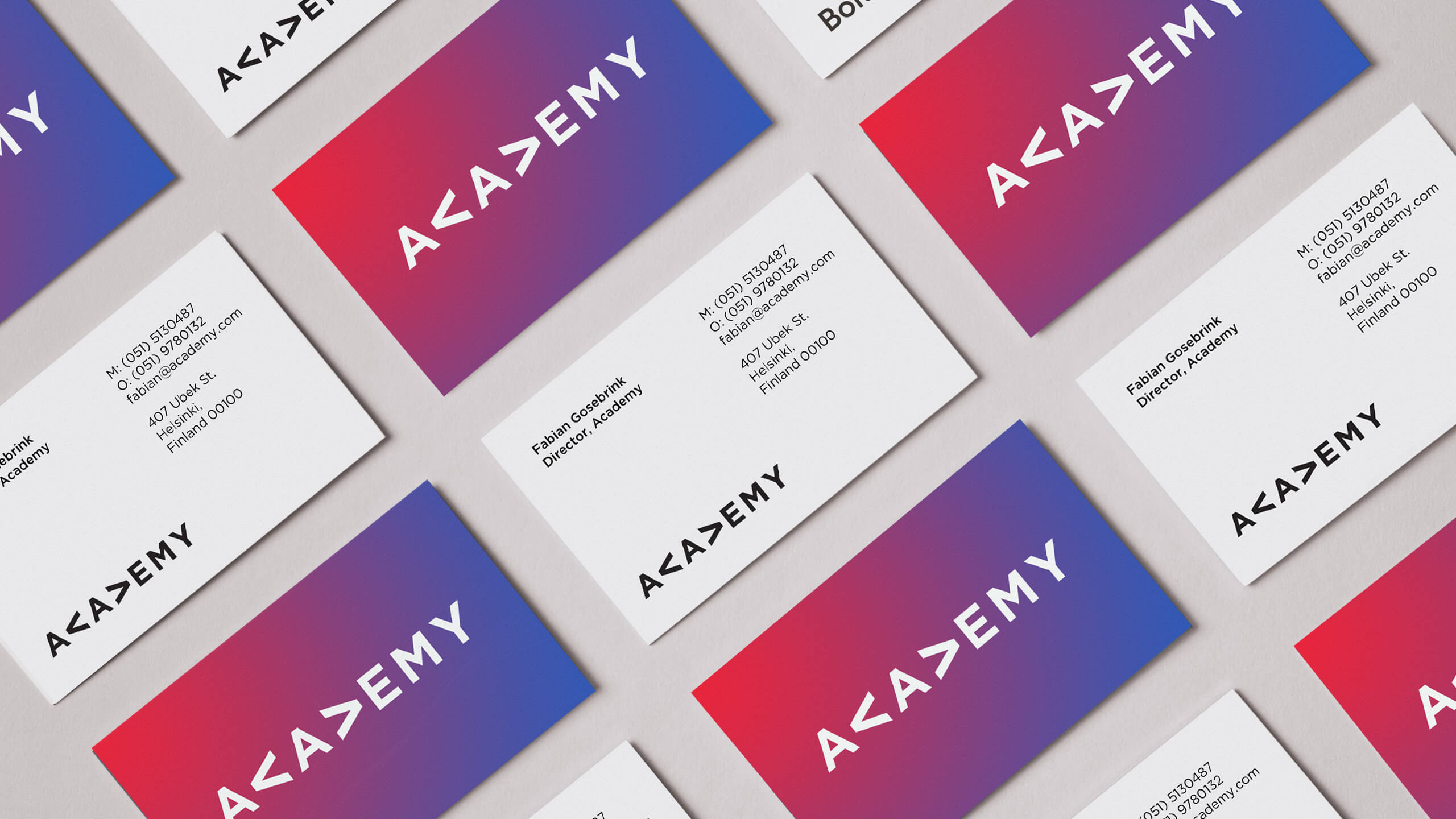 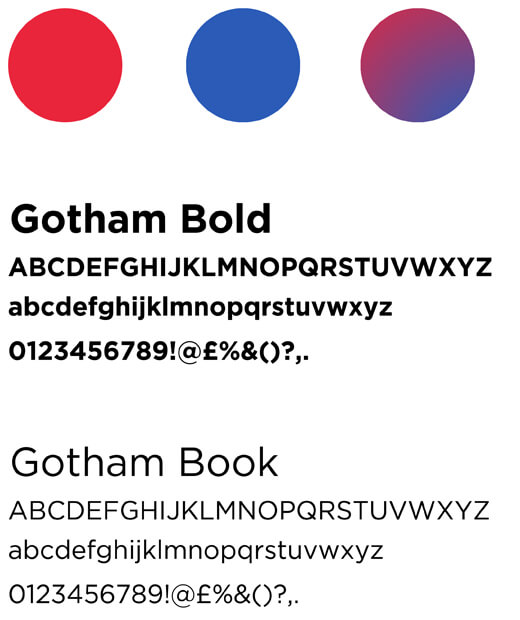 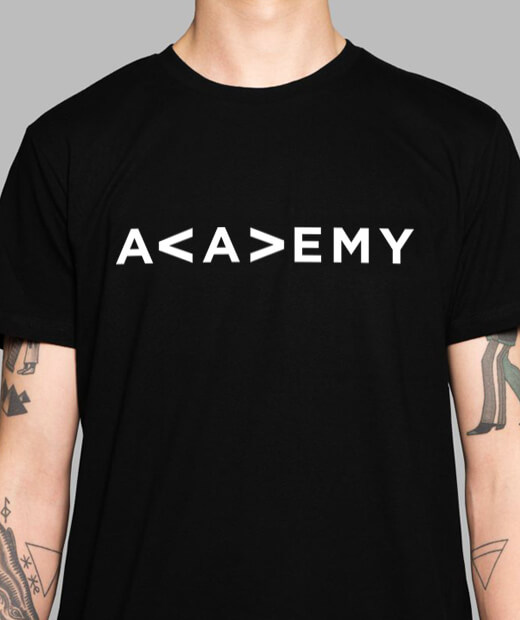 The symbols < and > are used within coding and act as the C and D of the logotype, immediately making a connection to the nature of the company. The founder was keen to separate the two coding areas (.NET and Angular) into red and blue. This led to the distinctive gradient which plays a key part in the overall branding.

The website layout began with sketching potential design approaches, moved on to low fidelity wire-framing to nail down an intuitive structure before being finalised with a high-fidelity prototype.

Response to the branding, its various applications and website has been extremely positive. 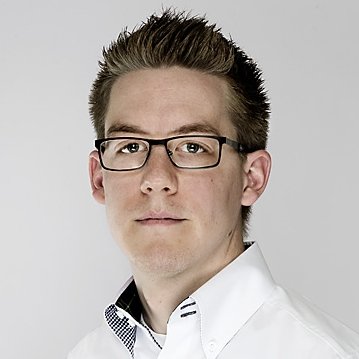 “David understood my wishes from the very first mail we sent. He was always nice and open for feedback. The resulting design, both the logos and website are more than I expected. Great work, and I would always consider him first for any future designs.”
Fabian Gosebrink, Founder